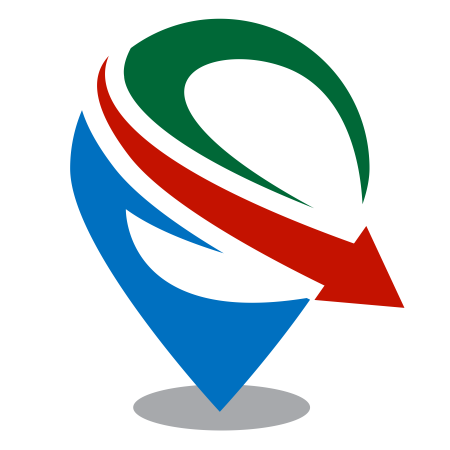 When are you returning to work?

When are you returning to work? 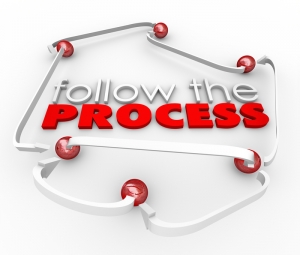 There seems to be a wave of change occurring in how we look at injured workers and their interactions in a compensation system. Whether it is Workers’ Compensation or Non-Occupational Compensation (read: short and long term disability insurance) the general consensus is that experience matters. The race to the bottom for cost reduction has caused more problems than solved. Systemic problems that cause unnecessary delays, adversarial relationships that cause workers to seek attorney support, or confusing processes that cause workers to become lost in the maze of the compensation system all seem to be on the minds of those promoting the advocacy model. But, is simply providing a better experience sufficient (note though: Satisfaction ≠ Engagement)? Or, do words matter?

Worker’s recovery and return to work expectations are the most robust, researched, and predictive factor of a worker’s outcome from the time they are injured or ill to the time they are back to work. If a worker expects to recover and return to work then there is a high likelihood that they will indeed recover and go back to work. There is no doubt that it is a quick screening tool to identify workers who are at potential risk of delayed recovery (too many studies to cite).

“When are you returning to work?” The literal million dollar question that every adjustor, case manager, HR professional, or RTW coordinator wants to know the answer seems to have surfaced as a way to get at this issue of expectations. But how effective is it and do words matter?

Last spring I was at a conference and I spoke about the importance of assessing expectations when making the first contact with a worker. I was approached by an occupational physician who suggested that the best question to ask a worker when assessing expectations is “When are you returning to work?” In addition, a recent article seems to agree with him and suggested that the following scenario was the key, “‘Jim, when do you expect to return to work?’ Any answer of less than 10 days indicates the worker has good coping skills and their risk of delayed recovery is low. That kind of answer is a positive flag for timely recovery. If the worker answers with a longer duration, the adjuster explores why the worker believes recovery will be more difficult”. On the surface, I am sure, you may be thinking, “this is great, we can have all our case managers ask this question.” But wait, there’s more.

Recently, I was asked to do some training with over 300 case managers and we covered the topic of expectations of recovery and return to work. Our approach is a behavioral change approach to recovery and return to work and requires the development of coaching skills for case managers. So after the training we always follow-up with debriefs with the case managers to reinforce the learning, coach and mentor further skill development, and to highlight success stories. What was odd about this particular training experience is the large number of case managers that came back reporting, “It didn’t work”. I was somewhat surprised at first but it occurred to me that I had no idea what they were talking about.

Here is my exchange:

Case Manager: “I asked the question you said and it didn’t work.”

Me: “What didn’t work?” Their answer surprised me on two fronts.

Case Manager: “Well I asked them ‘When are you returning to work?”

I am curious now.

Case Manager: “Well they got mad at me and said they didn’t know, I would have to ask their doctor, and why was I rushing them back to work. See, it didn’t work?”

My first surprise was how many times this seemed to have occurred. My second surprise was I never once taught them to ask this question. This was a question that had been ingrained in the culture of the organization and seemed to have stuck around despite suggesting a different line of questioning.

A couple of weeks ago we were involved in doing in-depth interviews with injured workers to understand the poor experience they were having while on claim. Our objective in this project is to understand the following; Where does it go sour? Is it at the beginning? Does it start out right and then is there is an inflection point where it goes off the rails? Is there a catalyst(s) of some sort(s) that triggers the poor experience?

I have been in this industry for over 20 years case managing, teaching about engaging workers, assessing work disability risk factors, and addressing motivation to return to work and action planning. I have interviewed over 1000 workers. However, this cohort of people we interviewed was different (more on that in a different article). One worker, we will call him Bob, in particular stood out because it is relevant to this topic of ‘When’.

He noted a specific and significant moment in his interaction with the case manager was on the first call. He stated, “The first question he asked me was ‘When are you returning to work?’” The worker was upset by this question. Probing into this further to get some understanding of what was actually happening to the worker’s experience revealed that he ‘didn’t feel ready’, ‘felt forced’, ‘felt offended’, and ultimately disengaged from the case manager. What is interesting to me is that on the other side of the same experience coin is the case manager’s experience of asking ‘When’ (see above) which only echoed what Bob just told me. Clearly something is going on here.

This has taken a bit of digging to sort out but we eventually uncovered that there are three kinds of people that seem to answer the ‘When’ question. The first group will just tell you, “I am returning on Tuesday”. The second group will say, “I really have no idea, I haven’t discussed with my doctor.” And, the third group will push back much like Bob did and what the case managers were experiencing when asking the ‘When’ question. This push back is best described as resistance.

“The best way to deal with resistance is never raise it in the first place.” Dr. Eric Knowles

Dr. Eric Knowles, the foremost expert on the topic of resistance, suggests that resistance is informative. You need to have an understanding of the source(s) of resistance in order to effectively deal with it. Over the last 10 years we found through many interviews, focus groups, and debriefs that the source(s) of the resistance is a combination of motivational (I won’t do it), affective (I don’t like it), and cognitive (I don’t believe it) and manifests itself in the worker feeling not ready to return to work (Note: how to identify sources of resistance is for another article). The problem with the ‘When’ question lies in what it is inherently asking. What it is inherently asking is for the worker to make a commitment to return to work. The question is asking for them to tell the case manager a date of their return. Basically, if I say I am returning on Monday then I have an understanding that everyone is expecting me to do so. Hence, the push back if I don’t feel ready.

Asking for a commitment has more to do with intentions than expectations. It seems that words matter. Looking up the definition of intention finds that it means ‘a thing intended; an aim or plan’, or in other words “When do you plan to return to work?” Intentions are different than expectations. The definition of expectation is ‘a strong belief that something will happen or be the case in the future or a belief that someone will or should achieve something’. Notice that there is no ‘When’ in the definition but rather the belief that a good or bad outcome will occur.

Notice what Izabela Schultz says in the above statement. It has nothing to with “When”.

There is a clear delineation between intentions and expectations in motivational theory. They are distinctly different in their roles and impact on motivation and action. Intentions are an important catalyst in motivation but are a poor predictor of future behavior. In fact, only 47% of people follow through on their intentions (Gollwitzer). The catch here though is that future behavior also depends on intentions. So you can’t have one without the other. I think this partially explains why a case manager may experience a worker who is asked, “When will you return to work?” and the worker replies, “On Monday.” only to find out they didn’t, in fact, return on Monday. Sure they got the intention but they never addressed the expectation.

The other problem with expectations is that while it is a robust predictor we also have to be mindful it is subject to the influence of other factors. Other factors such as self-efficacy, fears, and concerns, as well as other factors will often impact and muddy the waters of expectations.

“On the other hand, the influence of variables like recovery expectations, PTSD symptoms, work support and being medically consolidated appear to be more sensitive to context.” Francois Laisne (2013)

Even though expectations are robust and valid as a predictor of work disability it seems that they are not a stable predictor but rather influenced by context. One of those contexts is the perception of medical consolidation. Meaning, is the worker satisfied that their condition has stabilized such that no further medical intervention and/or investigation is required? Here in lies the challenge of the “When” question. It doesn’t take into account the context of their answer. It simply flags people that have a date and those that don’t. In my humble opinion, it mis-categorizes workers without context. In addition, it seems that using an absolute date of “10 days” or some benchmark and doesn’t deliberately take into account factors such as co-morbidity, age, and/or perceived work demands. All of which are known to increase duration. This does not mean a person is a risk of chronic work disability. A better measure would be relative duration. Absolute duration is misleading without taking into account the other known factors and control for them.

Notice what the above statement says. There is nothing about the individual’s assessment of ‘when’ they are returning to work but rather their perceptions about their work capacity. This is an extremely important distinction.

“With this in mind, when addressing the potentially sensitive topic of RTW expectations, it is important that interactions be respectful, helpful and non-confrontational. Otherwise, there is the potential to jeopardize the working relationship and compromise the RTW”. Young et al (2014)

The risk of asking all workers the “When” question is it now includes those that don’t think they are able to return and therefore risks disengaging them.

In addition, we have found that workers assess their ability about returning to work not on how they will feel in the future (which is what the ‘When’ question is asking) but on how they are feeling ‘now’ at the time of the assessment. Human beings have a ‘present bias’, meaning, today and tomorrow really matter; next month, not so much. This is only amplified in the context of pain, lack of medical consolidation, and not feeling ready. This is why expectations need to be assessed independent of time, in the absence of ‘When’. Expectations need to be assessed on ability. If a worker doesn’t feel that they will be able to return to work, asking the “When” question doesn’t make sense to them.

Ultimately, the consequence of asking the “When” question first, risks disengaging the worker. Just like what happened to Bob. Considering engagement is one of the first steps in creating a positive experience and paving the path to worker activation towards their recovery and return to work, let’s stop asking the “When” question and risking disengagement, and instead assess ability first.